"Paralyzed: Frozen in place and unable to move or act, such as by the hold person spell. A paralyzed character has effective Dexterity and Strength scores of 0 and is helpless, but can take purely mental actions. A winged creature flying in the air at the time that it becomes paralyzed cannot flap its wings and falls. A paralyzed swimmer can’t swim and may drown. A creature can move through a space occupied by a paralyzed creature—ally or not. Each square occupied by a paralyzed creature, however, counts as 2 squares." Player's Handbook, page 311.
Yes . . . and no.
One of the games I'm currently running on RPoL is "The Lost City of Barakus." My Players are in the sewers and a Carrion Crawler damn near caused a TPK. Three of the party members were paralyzed. I played it according to the "Rules" and found it . . . bogus. 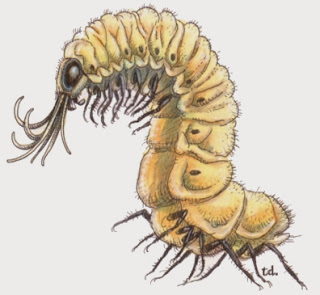 You see the "Rule" above and the portion that I highlighted. So, here's the question:
Since when did the heart and lungs cease to be muscles?
How long can you live when your heart stops beating and your lungs stop pumping oxygen through your body? Or, to make it simpler, how long before you pass out? The "Rules as Written" do not account, nor allow, for either scenario. As we all know, when your heart and lungs cease to function, both outcomes are inevitable.
Curare is known to paralyze skeletal muscles, but only in low quantities. Too much and it stops the diaphragm and heart too. The Carrion Crawler attacks with eight tentacles. Getting an "over-dose" of Carrion Crawler venom is quite easy . . . it just needs to hit you multiple times.
I don’t think I'm going to do the R.A.W. with this one anymore. In future, I think some Characters are going to pass out and some are going to die. Paralysis is far more deadly than the books allow for. Of course, I will raise the CR for the Carrion Crawler by "1" for that same reason.
Anybody know why I shouldn't do this?
Posted by Mystic Scholar at 13:34 3 comments:

I'm presently running the module "Barrow of the Forgotten King" in one of my RPoL games. My Players have just been introduced to the Tomb Spider – the hard way. 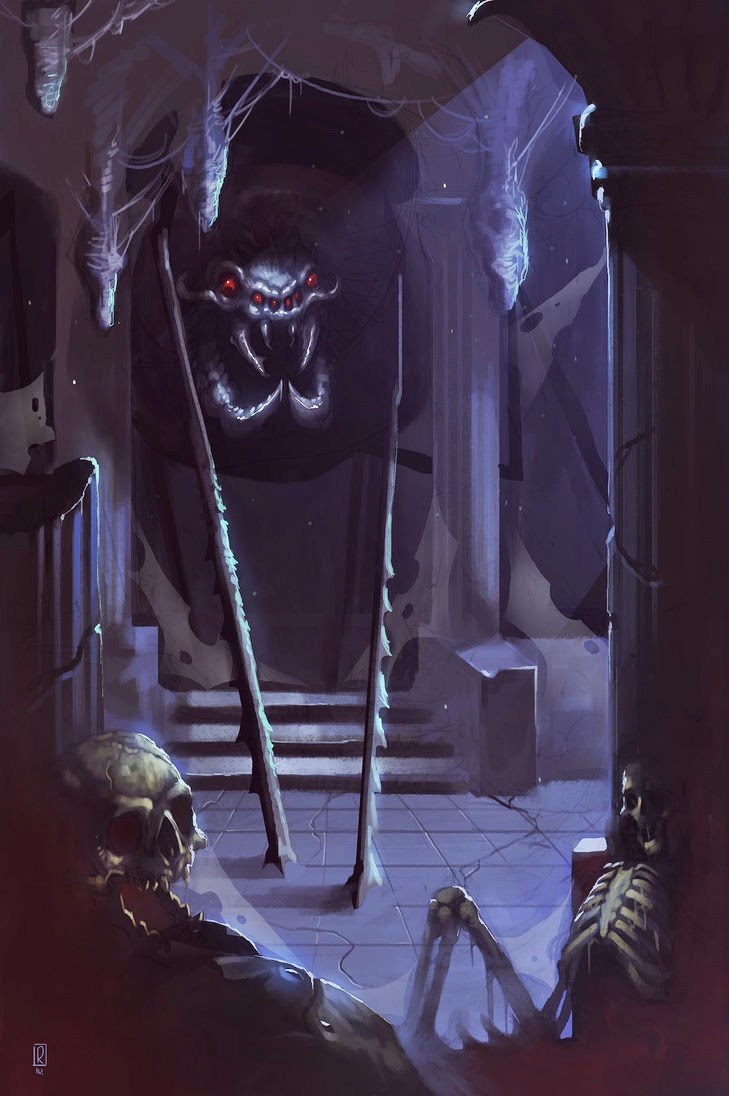 The group's leading Cleric – a priest of Pelor – was bitten by the Tomb Spider. The group finally won the battle, but the priest had been bitten twice and failed one of his Fortitude Saves and so he was poisoned. The group's Cleric of Kord was also bitten, but only once and he made his one Fortitude Save.
The Cleric of Pelor had suffered some decent damage from the two bites, having lost twenty-two (22) hit points out of twenty-seven (27). Once the fight was finished, he chose to cast Cure Moderate Wounds upon himself, thus inflicting himself with another thirteen (13) points of damage, falling to minus eight (-8) hit points.
Of course, everyone started screaming at the Cleric of Kord to do something – no one having rolled a Knowledge check sufficient to know anything significant about Tomb Spiders – and the Cleric of Kord immediately performed a Heal check and poured not one, but two potions of Cure Light Wounds down the fallen Pelorian's throat.
Needless to say, that put our poor Pelorian well below minus ten (-10) hit points. Taps anyone?
Speaking only for myself, of course, as a DM . . . I've found a new favorite among my long list of "friends."
Mwahahahahahahahahahaha!
Posted by Mystic Scholar at 12:29 3 comments: