I returned home to Pennsylvania a few days ago, after visiting my father in Colorado. 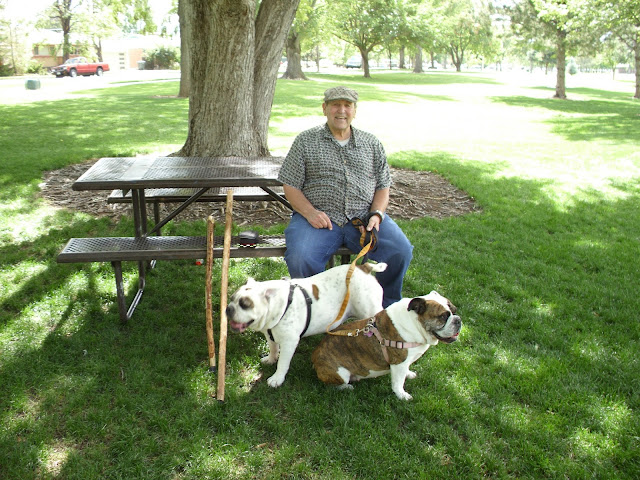 I had absolutely no trouble with the Transportation Security Administration. And yet, you hear stories. I'm now thinking that those people are just "complainers," looking for something to complain about.

United Airlines, however, was another matter. I did not make a single connection, not one. And each time, I was asked why the plane was late. Why would United Airlines personnel be such idiots as to think that I would know the answer to that question?

Interestingly, my luggage did not miss a single connection. It arrived in Grand Junction "on time," while I had to spend the night in Denver. Moreover, the next morning -- a Friday -- United had four flights to Grand Junction.

All of them booked and twenty people on standby. I rented a car for the remainder of my journey; 285 miles.

On the return trip, I was informed by United personnel -- upon landing in Denver -- that I had an hour to make my connection. I knew they were lying. I ran through the terminal as best I could, with my Disability and cane, my hips and knee killing me. I arrived at the next gate just as they were boarding the plane. So much for the "hour" to make my connection.

The exact same thing happened again at Chicago's O'Hare. I ran across that terminal too.

A Book Review: Jean Lafitte, The Pirate Who Saved America

As a cousin of Jean Lafitte, I'm always interested in publications that detail his life and I thought I might find this book interesting.

Alas, neither the description, nor any of the reviews, prepared me for the reality, though one or two reviews might have hinted at it.

This is a book for children. 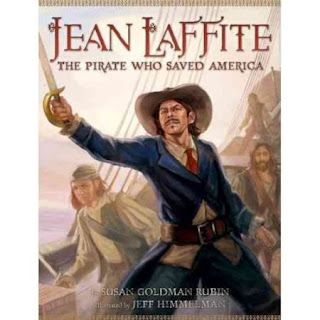 The actual "story" is only forty pages long and many of them are nothing more than full page pictures. The other pages are, primarily, pictures accompanied by writing, usually only one or two paragraphs. In short, it doesn't take very long to read.

While it does tell the basics, any details are sorely lacking. I would recommend the book for your children, but any adult interested in the "real" story, accompanied by the details, should look elsewhere.
Posted by Mystic Scholar at 08:00 3 comments:

A Book Review: Knight of Jerusalem

Another spellbinding tale by Professor Helena P. Schrader. This one is the first book in the trilogy about Balian of Ibelin. This is another man of whom we have scant information for as a youth. As with Leonidas of Sparta, he was the younger son and thus, not expected to inherit, so who would have thought he'd rise to such great heights? 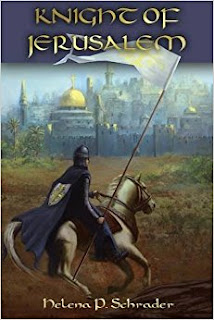 We know about his father, his mother and his brothers, as each had played fairly important parts in the Kingdom of Jerusalem. We know that Balian and his brother played "prominent roles" at the battle of Montgisard, though the chronicles are not specific about details. We also don't have details about the exact nature of Balian's relationship with the King, Baldwin IV either, but we do know that the King granted Balian two distinct marks of favor; permitting Balian's marriage to a very important Dowager Queen and his allowing Balian -- and not another important male relative -- to carry his heir, Baldwin V, to the Church of the Holy Sepulcher for the royal ceremony.

Using these facts, along with others found here and there, Professor Schrader spins an intriguing tale of Balian's life and accomplishments, right up to his marriage to Maria Zoe Comnena and the birth of their first child. That's where this first book ends.

There's murder, intrigue, backstabbing, plotting, fight scenes and family arguments, along with more touching scenes to tug at one's emotions. I would have read this book completely through -- as I did her book, "A Boy of the Agoge" -- but this books was thicker, so I was forced to "wait until tomorrow" to find out what happened. LOL

Another excellent treatise that I hardily recommend to anyone interested in the real Balian, rather than the fictional Balian of Ridley Scott. The man makes an excellent movie, but he's just a bit weak on his facts. The real Balian is even more interesting and rose to great heights.
Posted by Mystic Scholar at 18:24 2 comments:

A Book Review: "A Boy of the Agoge"

I received my books from Amazon yesterday afternoon, about 3 pm. I chose to start with "A Boy of the Agoge," by Professor Helena P. Schrader. I started reading about 6 pm, I finished at about 2:45 am. Yes, I grew sleepy, Yes, my eyes grew tired and red. No, I didn't want to "wait until tomorrow" to see what happened next. 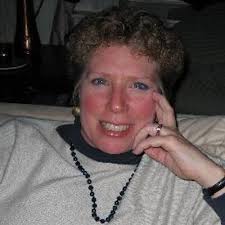 Professor Schrader has a Ph.D. in History from the University of Hamburg. She has several blogs, but is most well known for her contributions to Real Crusades History, found here. At least, that's where I met her and where I "see" her most often. In that vein, she has written a trilogy of Balian of Ibelin; the real Balian, not the Ridley Scott Balian. But a discussion of that trilogy is for another review. 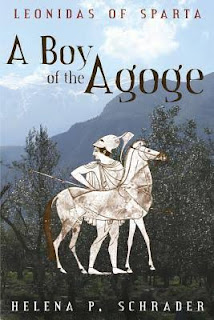 "A Boy of the Agoge" is the first book in a trilogy telling the story of Leonidas of Sparta. Yes, he of "the three hundred" fame, he of the Thermopylae fame. But as Professor Schrader points out in her book's Introduction, very little is known of his boyhood. There are, in her words, "tantalizing tidbits," but no detailed records.

Leonidas was the fourth son -- being the second born of twins -- of King Anaxandridas II. As such, he was little noteworthy to historians during his early life. Not surprising when one considers how unlikely it was that, as the fourth son, he would ever inherit the throne. Thus, not much attention was paid to him during this period by writers. Since he was not the heir apparent, the Agoge was his destination, as it was for all Spartan boys.

We do know about the tumultuous relationship he had with his brothers and they with each other. His eldest brother -- Cleomenes -- became king and his second brother -- Dorieus -- vied with Cleomenes for the throne. We have details like these and from these, Professor Schrader has postulated what Leonidas' early life might have been like and woven an enthralling story from it.

While the events of Leonidas' early life are the "fiction" part of the story, the rest of this "historical novel" is not. Professor Schrader gives us wonderful descriptions of what Sparta was like during this period and what life there would have been life; the temples, the government, the Agoge, the courses taught there, the dances and theater, a brief account of the wars with Messenia and the end relationship between Sparta and Messenia.

Not only an enjoyable read, but an educational one as well, especially for anyone interested int hat period of history, of which I am one. Her prose, spelling, punctuation? I found nothing that distracted me from the story itself. It flowed smoothly, without bumps, or hiccups and at a nice, steady pace. She did not race through the story, nor did she stumble upon any spots that might mire the reader down. As I said, I sat through it in one, non-stop, reading session.

A thoroughly good read, a thoroughly enjoyable read, that I would recommend to anyone.

If you want to learn more about Sparta, you might want to visit her blog, Sparta Reconsidered, found here.
Posted by Mystic Scholar at 15:45 1 comment:

I'm trying to post a book review here, but something weird on going on. Parts of the post end up missing, while others seem to end up high-lighted.

Wish I knew more about this sort of thing. Guess I'll try again after I clean the computer.
Posted by Mystic Scholar at 13:53 1 comment: