Who'd have thunk it? A House Rule to adjudicate Condiments. But it's true . . . at least for those of us who like just a little "reality" thrown into our game. For me, that old chestnut – "but it's a fantasy game" – only goes so far. For me, a little "reality" makes it more believable. Of course, I'm talking about . . . Salt.
Yep, that's right, salt! 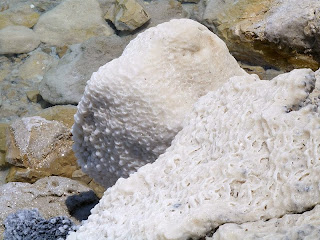 Man, not only is that not "right," it's not even close. Google salt and you'll find statements like these:

"Salt may have been used for barter in connection with the obsidian trade in Anatolia in the Neolithic Era. Herodotus described salt trading routes across Libya back in the 5th century BC. In the early years of the Roman Empire, roads such as the Via Salaria were built for the transportation of salt from the salt pans of Ostia to the capital."

Roads were built for the express purpose of transporting salt. And there are even more telling statements about salt, such as this one:

"In Africa, salt was used as currency south of the Sahara, and slabs of rock salt were used as coins in Abyssinia. Moorish merchants in the 6th century traded salt for gold, weight for weight."

Yes, salt was money, literally. Salt was traded "weight for weight." In other words, an ounce of salt cost an ounce of gold . . . not a single copper piece. And how about this statement:

"Wars have been fought over salt. Venice fought and won a war with Genoa over the product, and it played an important part in the American Revolution. Cities on overland trade routes grew rich by levying duties, and towns like Liverpool flourished on the export of salt extracted from the salt mines of Cheshire. Various governments have at different times imposed salt taxes on their peoples. The voyages of Christopher Columbus are said to have been financed from salt production in southern Spain, and the oppressive salt tax in France was one of the causes of the French Revolution."

Salt, the mineral "that launched a thousand ships." Sound familiar?

No such history exists for the Coffee bean. In fact, in the time frame we're dealing with – game wise – the only "expense" associated with coffee is transportation. Unfortunately for "coffee supporters" that exact same expense exists for salt as well. We've already mentioned the building of roads for the express purpose of shipping salt. 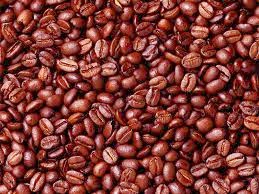 Otherwise, coffee is cheap; one man, his wife, teenaged son & daughter can grow 100 acres of the stuff easily. On the other hand, even today, there are three or four hundred workers at the Salt Plant outside of Salt Lake City – as a Truck Driver, I used to pick up salt there – coupled with tons of modern machinery. "Back in the day," there was no machinery, so just how many hundreds of men were needed to mine the salt?


Coffee was once grown only in certain locations – that's true – but no longer. Coffee is now grown in many parts of the earth, despite the fact that "quality" can be argued. The point is that salt is still only found in certain locations and not everywhere. Unlike a plant, mineral deposits cannot be relocated and/or grown in nearly any climate.

My Greyhawk works in the same way: Coffee from the Amedio – or wherever – can be transplanted to the appropriate climatic area. Salt mines – on the other hand – are located where they are located, nothing you can do about it.

No, salt is more expensive than coffee by far. So, a House Rule, because I absolutely hate "but the book says." The writers of the "Arms and Equipment Guide" obviously had/have no idea what they're talking about.
Posted by Mystic Scholar at 12:08 3 comments:

Well, Role Playing on Line is already fizzling. I was invited to play in my second game, as a player, that is, and already it's over.

It seems to me that you just get started and it's over. Start at any level -- 2nd, 5th, whatever -- and as soon as there are enough XP to "level up," somebody loses interest. In both my experiences it was the DM. Just started the first game and "Life" interfered. Now, in the second one, the DM has lost interest in his own game.

I'm DMing two at present. In the first game everyone said they could and would post once a day. Now? I'm lucky if they post twice a week. I try to keep it interesting, but, I can only do so much. Once Initiative is rolled, nothing can happen until everyone takes their turn. Sometimes, I have to NPC the player's character just to keep it moving. Always something mundane and not dangerous -- don't want to be accused of killing the player's character. But these delays cause other players to delay and the next thing you know -- it's not a "post once a day" game anymore.

In the past two years, I've played 4 different Saturday table top games too. Everyone loses interest. It seems to me that most "so called" players today are really only interested in creating the Character. Hey, Character Generators are "cool" and make it easy, even fun.

I've always wanted to run a group of Players from 1st level all the way to 20th, but I can see now that that's just a "pipe dream." I find myself wondering if that has ever really happened. Somehow . . . I doubt it.
Posted by Mystic Scholar at 11:22 4 comments: